The Bible speaks of Belshazzar as the king of Babylon that was killed by the Persians. (Daniel 5:30)

At one time, the only archaeological evidence suggested Nabonidus was the last king of Babylon. Critics of the Bible were quick to jump on this difference. They claimed the Bible was not historically accurate.

Later discoveries solved the problem. Belshazzar was the son of Nabonidus. These two men ruled together. Nabonidus lived in Arabia, and Belshazzar had been entrusted with the Babylonian Kingdom.

In Isaiah 20 King Sargon of Assyria was mentioned. For a long time critics of the Bible pointed to this as an error because there was not archaeological evidence that this king existed.

In 1842 the ruins of the Great Palace of Sargon were found. Carvings on the wall described the siege and capture of Samaria…the story found in Isaiah 20.

The Hittites were found and proven to be one of the most powerful nations of the time. 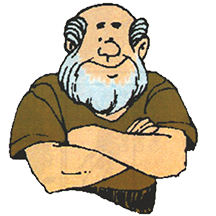 The Bible on Trial

Is the Bible True?

How Do We Know

You Asked for It